I think it’s a great idea to have a list of what I have in my stash, especially when Amazon always puts on adds whenever I open my computer and go on the Internet. 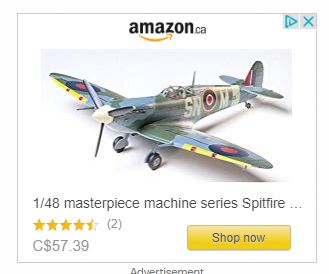 This way hopefully I can avoid going on another spending spree, and I plan ahead on my next builds by setting up some priorities…

AH-1S (almost completed many years ago)

AH-64 Apache (started many years ago)

Battle of Britain and Hawker Hurricane Mk 1 (bought in 2018)

Battle of Britain and Hawker Hurricane Mk 1 (bought in 2018)

Featured on My Forgotten Hobby III

When I first had the great good fortune to meet Pierre Lagacé, I was starting to film a feature length documentary entitled “Fledglings” on 425 (Alouette) Squadron, Canada’s only French-Canadian bomber squadron during the Second World War. Pierre was an invaluable resource to me in tracking down former members of the Squadron for the purpose of interviewing them to record their personal experiences all the way from enlisting, training, going on operations and, for those who had the misfortune to be shot down over enemy territory, being captured by the Germans and imprisoned.

It was only as I got to know Pierre better, I came to realise that, in addition to his skills as an historical researcher, he was also a gifted model-builder. And so it was that I asked him to use his modelling expertise to bring to life two significant WWII Wellington bombers from the history of the Squadron.

At the beginning of the R.C.A.F.’s part in Bomber Command, the Wellington “medium” bombers were the initial mainstay of most Canadian squadrons for both training and operational purposes. Wellingtons were the “entry level” bombers from the date of the formation of 425 Squadron through its mining and bombing operations during the years 1942 and 1943 before the Squadron converted to the Halifax “heavy” bomber. Although the Wellington had a reputation of taking a lot of punishment and still being able to fly because of its unusual geodetic airframe, it had neither the range, altitude, speed, armament or bomb-load of the heavier bombers.

Alouette Squadron’s unique identifying code “KW” was painted on each of its aircraft, followed by a single letter specific to it. Should an aircraft need to be replaced, whether by virtue of loss, damage or upgrading, the replacement bomber would often inherit that letter. Such was the case with the Wellington B-III bomber designated KW-E, the first aircraft to carry that designation being production number BJ 652, operating out of Dishforth, the Squadron’s original base, in January of 1942. 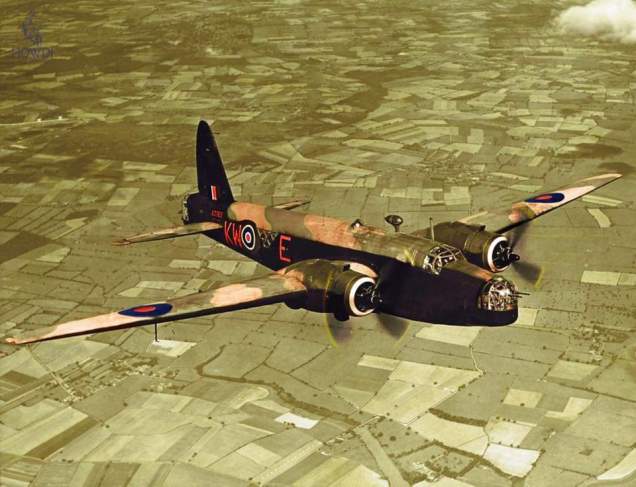 The Airfix model which Pierre built celebrated the KW-E Wellington X3763, the number also being painted on the fuselage.

What makes this particular aircraft special is that it has one of the largest number of official war-time photos taken of one of the Squadron’s Wellingtons in flight, giving us a very clear picture of the detail of this design as operated by the Alouettes. These photos are our only point of reference for model-building given that there are no surviving examples of the Wellington B-III in existence. 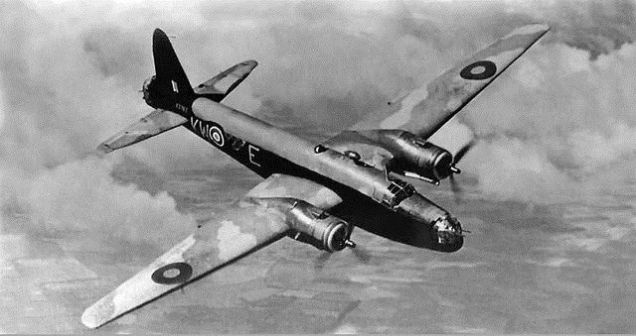 Wellington X3763 met its end on a bombing operation to Stuttgart on April 14/15,1943, crashing in France and killing all 6 on board. In due course, the next aircraft to be marked KW-E was airframe HF529, part of the Squadron’s conversion to the Wellington X in anticipation of the Squadron’s little known transfer to North Africa as part of Operation Husky, the invasion of Sicily and mainland Italy.

I have asked Pierre to build a Trumpeter model of the Wellington X, tropicalized for desert operations, and to mark it as KW-K, airframe HE268, to commemorate the only Alouette Squadron aircraft to be lost on its way to Africa in June of 1943.

Although the main body of the Squadron, mostly ground crew and administration, had already left their Yorkshire base and made their way by sea to Algeria in May, the aircraft were to be flown via Gibraltar and Morocco to their new base of operations in Tunisia. The aircraft started their journey from R.A.F. station Portreath in southwest England in order to cross the Bay of Biscay as far as possible from German airfields in France. In further anticipation of enemy fighter activity, the air crew were supplemented by 2 ground crew members summarily trained to man waist machine guns mounted on either side of the Wellington Xs for the purpose of protecting the vulnerable beam sectors that the nose and rear turrets could not reach.

Unfortunately, these precautions were insufficient to prevent an attack by a Junkers 88, with KW-K suffering such significant damage including wounds to two crew members that it was unable to continue and was abandoned over Portugal. Fortunately, the crew parachuted safely and were interned in Portugal before being repatriated to the U.K. over the summer of that year.

As Christmas 2019 is now a thing in the past, I was reflecting this Sunday morning on My Forgotten Hobby I had created in December 2013, and how to eventually build all the 60+ model kits I have bought since the early 1980s.

Memories from the past still linger on…

I wish I could build Monogram’s Spitfire Mark IX again. It was state-of-the art back in the 1960s. I know I could still buy one. However the price might be quite high for just reminiscing about the past.

With that in mind I had decided to shop around a little on Amazon.ca and I found this for under $30 CDN… 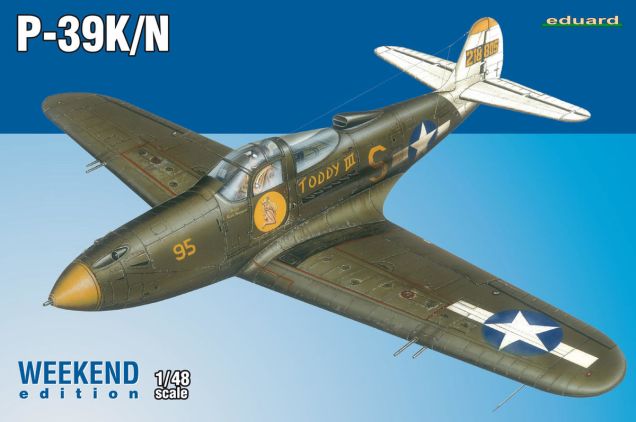 How could I resist not buying it. I had built Monogram’s P-39 in the 1970s and gave it away in 1973 with most of my collection to my students in my history class when I moved out of my parents’ place.

I then said to myself…

Why have I said last year I will never ever buy another model kit…?

I know this is not a Spitfire, but this one is…

Why have I said last year I will never ever buy another model kit…?

How could I have ever said I will never ever buy another model kit?

The next best thing to buying one and building it… 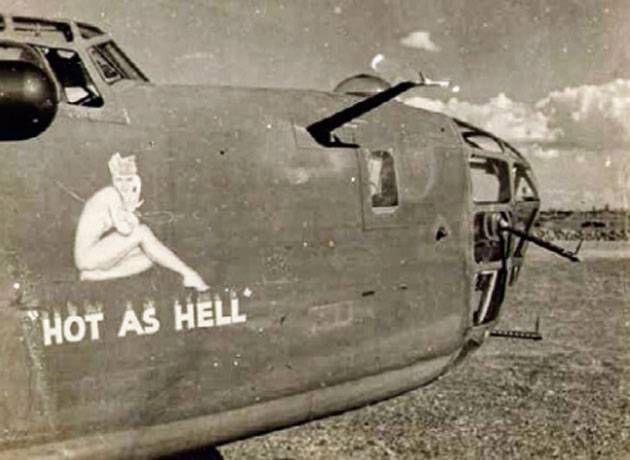 At 7:40 a.m. Jan. 25, 1944, five B-24 Liberator heavy bombers from the 308th Bombardment Group, 425th Squadron, took off from their base at Kunming, China, on a routine supply run to India. Their route took them over the Hump, a treacherous eastern stretch of tall peaks in the Himalayan mountains. At 10:45 a.m., flying […]

via Intermission (3) – Current News on The Hump — Pacific Paratrooper

This is an excellent look at a pivotal period from an unusual perspective. I’ve read several unit histories. Often they are a bit dull, except presumably to those with a close connection to the unit.  But this book really stands out for several reasons.  First is just that the squadron’s period of activity is so key to the history of the Pacific War. Torpedo Eight was operational from late 1941 to late 1942, but more to the point the unit saw action at the Battle of Midway and in the Guadalcanal campaign.
The book further stands out for telling the story at a very human level while weaving anecdotes and reminiscences into the greater historic narrative.  So we get a nice balance of exciting, tragic and funny combined with why these things mattered. It is an extremely effective way of writing such a…

A group of pilots of No 1 Squadron RCAF, gather round one of their Hawker Hurricane Mark Is at Prestwick, Scotland.
30 October 1940.

No. 1 Squadron RCAF left for Great Britain in June of 1940, with the Battle well under way. After a short period of training in England, they became the only RCAF Squadron involved in the Battle of Britain, first engaging the enemy on 23 August 1940. The following year, No. 1 became 401 Squadron. 401 Squadron ended the war as the RAF 2nd Tactical Air Force’s highest scoring fighter squadron with 186.5 victories—29 of which were earned during the Battle of Britain.

(Colourised by Richard James Molloy from the UK)
www.facebook.com/colourbyRJM